John is a 30-year veteran of the defense and security industry.  He is the CEO of Syncurity, a Mach37 portfolio company positioning to be the market leader in security orchestration.  Before Syncurity, John was the Principal of NC3-LLC, a cyber security consulting firm based in Maryland.  He is an active advisor to multiple cyber-security product firms on federal and commercial strategy.  Prior to founding NC3 John was a Vice President and General Manager for General Dynamics from 2010, where he led a large portfolio of cyber security programs spanning the Intelligence Community, DHS, DoD, and the commercial sector.  While at General Dynamics John led the acquisition of Fidelis Security Systems, a market leading network software security product, in order to reposition General Dynamic’s and their existing digital forensics and incident response business within the commercial network security space.  Prior to joining General Dynamics John spent five years at Northrop Grumman in positions of increasing responsibility, spearheading their acquisition of Essex Corporation to reposition and grow a net-centric cyber focused business.  From 1985-2005 John held a variety of technical and leadership positions with the DoD. John is a former member of Intelligence and National Security Alliance (INSA) Board of Directors and an active member of their Cyber Security Council.  John is a Senior Fellow of the Potomac Institute for Policy Studies (PIPS), a member of the advisory board at the Maryland Center for Entrepreneurship, and a mentor at the Mach37 Center for Innovative Technology (CIT) Cybersecurity Accelerator in Herndon VA.  John is also member of the advisory boards of CounterTack, Disrupt6, Syncurity, and Identia.  He holds a bachelor’s degree with honors in Computer and Information Science from UMBC, a master’s degree in Program/Organization Management from Johns Hopkins University and an MBA in Finance with honors from The Wharton School, University of Pennsylvania.

Several members support Mach 37, a cyber accelerator in Reston, Virginia.  We are active leaders and participants in the cybersecurity working groups in AFCEA, INSA and NDIA. 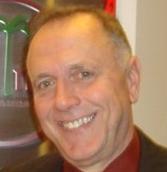 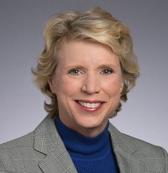 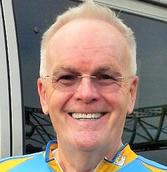 Cathy has over 30 years of experience working in national security, defense and intelligence.  She brings to bear decades of unique industry knowledge gained providing expert analysis and insight into market strategy, business development processes, capture strategy and proposals for companies operating in the aerospace, defense and intelligence sectors.  She has focused on the cybersecurity market since 2009.

Cathy is currently a Senior Advisor to the Chertoff Group, and mentor at the Mach 37 cyber accelerator and is associated with Shipley Associates, Burdeshaw Associates, McCrieght & Company, Decision Coaches and PW Communications.  These companies are also her current Alliance Partners in Cyber BDA, Inc., providing a deep bench of skills and expertise for her clients.  she is a member of the AFCEA Cyber Security Technology Summit committee, a Brookings Institution Congressional Fellow, and a Six Sigma Black Belt.  Cathy has a degree in Mathematics from Randolph-Macon College and significant graduate studies in Management Science and Engineering at Stanford University with an emphasis on strategy and policy.

V.P. Adrounie has over 40 years in the defense arena, currently specializing in bringing innovative technologies and solutions into the government space.  In this role he identifies and shapes customer requirements, develops and presents briefings, and writes whitepapers and proposals. Recent clients include Parker Hannifin, The Cleveland Clinic, XRD-i Power, Secure City Solution, and the UK Ministry of Defense.

Previously he was Director of Counterinsurgency Programs at Lockheed Martin (LM), a position for which he was personally selected by the CEO.  He provided overall leadership, funding, and guidance to 26 projects of which 10 were later contracted by the government for fielding in theater - resulting in orders of more than $3B. Integral to this was developing and maintaining relationships with numerous customers as well as organizing and managing teams across the LM enterprise. He also deployed to western Iraq with USMC as an advisor to the 1st Battalion, 7th Marines.

Mr. Adrounie’s previous positions include Program Manager CIED Operational Intelligence Center, Director of Intelligence Analysis for LM Special Programs, Chief Systems Architect for LM Space Company, Group Manager for the ISR Center of Excellence at Boeing Phantom Works, Deputy Business Area Manager at General Dynamics Advanced Tactical Systems.  Over the course of his career he has been involved in many proposals.  He was the capture manager on several successful bids including DHS/Intelligence and Analysis/Counterintelligence Analysis, Training, and Tradecraft (ICATTS), USSPACECOM/Rapid Attack Identification Detection and Reporting System (RAIDRS), SOLIC/Counterinsurgency Surveillance System (COIN), and CIA/Tsunami Program.  Also, he was the transition manager for the JIEDDO/Knowledge and Information Fusion Exchange (JKniFE).

Mark is an entrepreneur and strategy consultant with over 30 years of experience in solving the most complex problems in technology and innovation strategy and business and product development. He is the Founder and Principal of a successful boutique consulting firm, The Crossover Group LLC, and the Founder and CEO of a cybersecurity threat intelligence company, 418 Intelligence Corp., and he has held senior positions in innovation strategy, technology management and business strategy in financial services technology, medical devices and management consulting industries. Before entering private industry he led R&D programs in robotics and space missions as an officer with the United States Air Force and as a NASA manager. At NASA he led astronaut integration and Extra-Vehicular Activity engineering to flawless outcomes on arguably the most complex spacewalking mission in history – STS-61, the 1993 Hubble Space Telescope repair mission, and he went on to successfully orchestrate the commercialization of optics technology used in the mission for semiconductor manufacturing. This technology transfer program appeared in the White House’s national technology roadmap that year for the semiconductor industry and led to an acquisition of the client that reshaped the playing field in semiconductor microlithography.
He created Crossover to develop new research methods and information systems to analyze markets for innovation breakthrough opportunity and to de-risk growth decisions in complex technology intensive industries. He has done this for senior management at ISACA, Johnson & Johnson Development Corporation, Accuray Inc., RedScripts Ventures, Ethicon EndoSurgery, Mentor Corporation, Acclarent Inc., Ortho Clinical Diagnostics, Hospira, Amgen, Baxter Healthcare, Shire Pharmaceuticals, Sermo, World One Interactive, and the GAMA Foundation. His innovation strategy methodologies have shown that quantitative “Outside-In” methods of analyzing markets granularly for unmet needs and value-creation opportunities can chart the future pathways of markets before they unfold, and that calibrated approaches to decompose and analyze business cases can mitigate most of the uncertainty in complex growth and corporate investment decisions.
Mark graduated cum laude from Duke University with a BSE in biomedical engineering, and received a master’s degree in engineering from Stanford University through a joint program in design engineering and management. He holds numerous awards as a former US Air Force officer and as a NASA manager for his contributions to the Hubble Space Telescope and the manned space program. 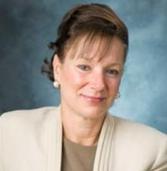 Mike is a career Business Development professional with 25-years experience leading major Northrop Grumman business development and capture initiatives for DoD, Intelligence Community and IT/Cyber-related federal customers.  As Vice President of Business Development for Defense IT and Intelligence Systems, Mike Implemented business acquisition planning processes and oversaw numerous captures, leading to over $5 billion of new business wins that helped establish Northrop as a Tier 1 Player in the IT/Cyber market.  Prior to joining Northrop Grumman, Mike was a career Air Force Officer with experience in acquisition, engineering, program management and intelligence career fields.  Mike holds a Bachelor of Science in Aeronautical Engineering from Cal Poly University, an MBA from Northeastern University, and a Master of Artsin National Security from California State. 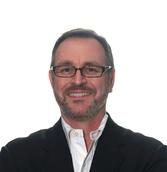 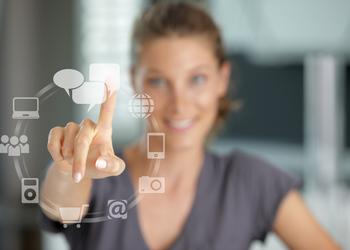 ​
We are convinced that strategic guidance for our clients is best performed using a cross-functional team that leverages specific relevant expertise and varying points of view.

Clients work with a carefully selected core team enhanced by our extensive reach back capabilities through the firm’s advisors, strategic partners and a constellation of cyber subject matter experts.

Previously Terry was the TASC VP for Cyber Engineering and Analytics, running all Cyber/IT, Financial and Business Analytics cross cutting innovative technical services. Prior to TASC, Terry was the Executive Director of the Carnegie Mellon, Software Engineering Institute, leading the technical body of work for the entire US Interagency, with a special focus on leveraging and transitioning commercial innovation and acquisition excellence to government programs and capabilities.  Before transitioning to industry in 2009, Terry Roberts was the Deputy Director of Naval Intelligence (DDNI), where she led, together with the Director of Naval Intelligence, more than 20,000 intelligence and information-warfare military and civilian professionals and managed more than $5 billion in resources, technologies, and programs globally. Of note, Terry led the initial approach for the merger of Naval Communications and Intelligence under the OPNAV Staff N2/N6 and the creation of the Information Dominance Corps.

He hold a Master of Science in Public Administration from Troy State University and a Bachelor of Arts in Sociology from Baylor University.  Michael is a certified Information Security Professional (CISSP) and is certified in the NSA INFOSEC Assessment Methodology (IAM). 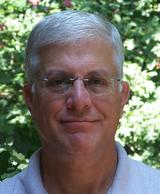 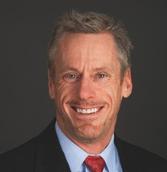